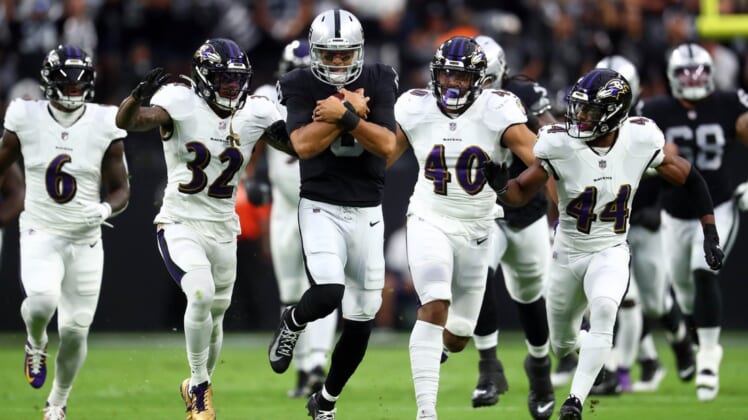 Las Vegas Raiders backup quarterback Marcus Mariota will miss the next few weeks after aggravating a quad injury in Monday night’s 33-27 overtime win over the Baltimore Ravens, according to an NFL Network report.

Mariota, 27, apparently was injured on the lone snap he took in the game, a 31-yard run up the middle in the first quarter.

Raiders coach Jon Gruden acknowledged that Mariota was hurt during the game on Tuesday, but the team could face a fine from the NFL for failing to disclose his status during the game.

Nathan Peterman will replace Mariota as the backup to starter Derek Carr. 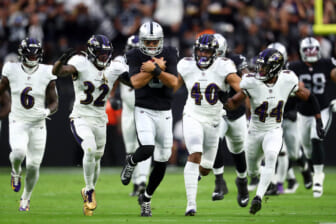 Mariota was scheduled to earn $10.7 million in 2021, but with the money not guaranteed, the Raiders would have cut him had he not agreed to restructure his deal.

He reworked his contract with the Raiders before the season and will earn a guaranteed $3.5 million this season.

Originally drafted by the Tennessee Titans, Mariota has appeared in 65 career games (61 starts) and thrown for 13,433 yards with 77 touchdowns and 45 interceptions. He also has run for 1,518 yards and added 12 scores.