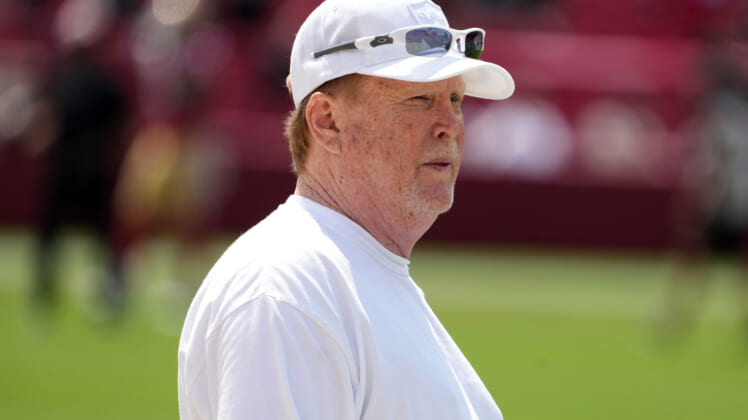 With a net worth of a mere $500 million, Las Vegas Raiders owner Mark Davis is the poorest of his lot in the entire NFL. For the average folk, that last sentence seems a bit absurd.

Roughly a year after his Raiders played their first regular-season game in the desert metropolis, Davis is planning on building what might be one of the craziest mansions you will ever see. No really.

This rendering is provided by the Vegas’ suburb of Henderson and depicts a mansion in the foothills that looks eerily similar to the Las Vegas Raiders’ new Allegiant Stadium. But you don’t have to take our word for other. Someone else did the work.

According to the Las Vegas Review-Journal, Davis owns a six-acre lot in Henderson’s Ascaya community. He plans on building a three-story house with the following amenities.

Some will conclude that this looks like the “Death Star” from “Star Wars” fame. Others believe it is similar to Allegiant Stadium.

Personally, I believe it’s closer to the Las Vegas Raiders practice facility near where Davis plans on building his home. As a resident of the area, I am intrigued to see it go up.

As for Mr. Davis, the most-recent valuation has his net worth at a mere $500 million. That’s roughly $14 billion less than what Carolina Panthers owner David Tepper is projected to be worth.

You wouldn’t know it by this soon-to-be built custom home.