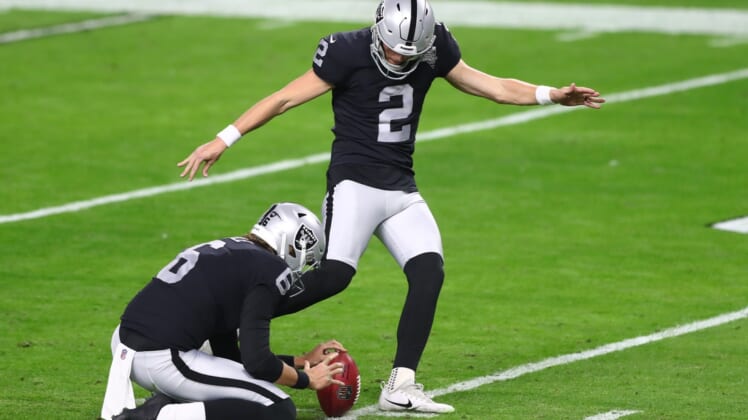 Las Vegas Raiders kicker Daniel Carlson signed his tender with the team on Thursday, according to multiple reports.

Carlson will make $3.384 million in 2021. He was a restricted free agent and the Raiders placed a second-round tender on him in March to retain his services.

Carlson was a superb 33 of 35 on field-goal attempts last season while tying for the NFL lead with 144 points. He nailed all 26 of his attempts under 40 yards.

He hit just 1 of 4 attempts in two games with the Vikings before being released in 2018. He was picked up by the Raiders and went 16 of 17 the rest of the season.