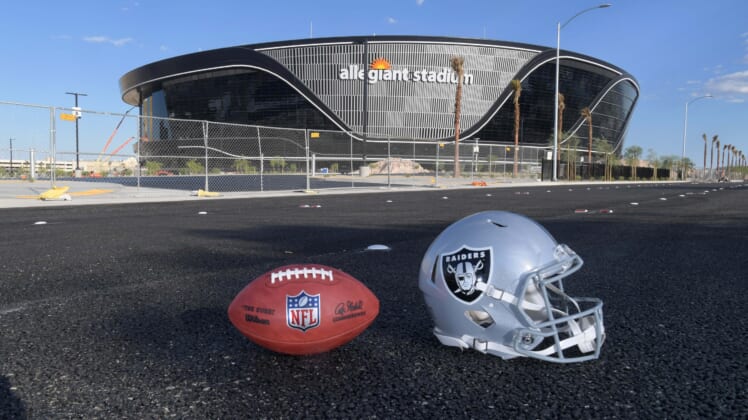 The Las Vegas Raiders continue to be one of the hardest hit sports entities when it comes to the economic impact of the ongoing COVID-19 pandemic.

The Raiders already announced that they will not host fans at the $1.86 billion state-of-the-art Allegiant Stadium off the Vegas strip for their inaugural campaign in the desert. Now comes another major hit.

The Raiders were nearing an agreement on a 10-year, $30 million commercial partnership with the Southern Nevada Water Authority ahead of the season. That’s no longer going to be the case.

“We did not enter into any sponsorship agreement with the Raiders, and have no plans currently to do so at this time,” Scott Huntley, the Southern Nevada Water Authority senior manager of public services, told LVSportsBiz.com. “Both [the length and value of the deal] were problematic, especially now that we are reducing budgets significantly in light of the pandemic situation.”

The $3 million in annual revenue this would have brought the Raiders seems to be minor in the grand scheme of things. Though, it’s just the latest indication that owner Mark Davis and Co. are going to be dealing with wide-ranging ramifications due to the current economic downturn.

It was noted earlier in the week that the Raiders are set to lose an NFL-high $571 million in revenue for the 2020 season alone due to not being able to host fans at their new venue in Las Vegas. These are just two recent examples of just how much the team has been impacted.

Given that Davis himself is worth a mere $500 million, any revenue loss after building a near $2 billion stadium is going to impact his bottom line.