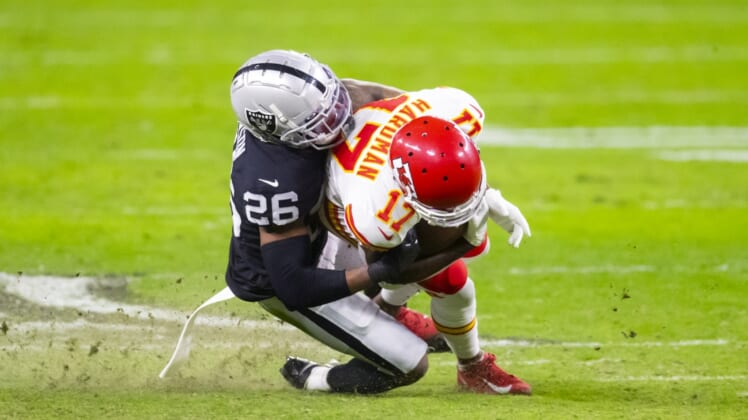 The Las Vegas Raiders are re-signing cornerback Nevin Lawson, according to multiple reports on Saturday.

The deal is for one season, per reports.

Lawson started 14 of 25 games played for the Raiders over the past two seasons. He recorded a career-high 61 tackles last season.

Lawson, 29, spent his first five seasons for the Detroit Lions and started 54 of 63 games played. He returned a fumble for touchdown during the 2017 season.

Despite playing in 88 career games, Lawson doesn’t have an interception.

Lawson had four interceptions as a college senior at Utah State in 2013 before being a fourth-round pick by the Lions in 2014.