COVID cases increase across NFL, but not for Las Vegas Raiders 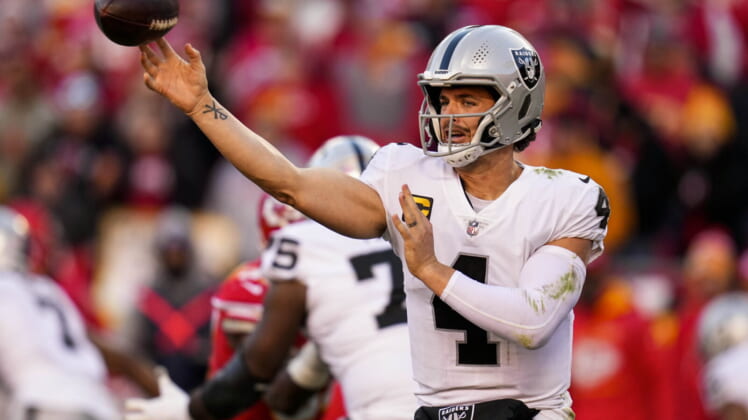 Over the last couple of weeks, the COVID-19 pandemic has become an increased topic in sports, primarily in the NBA and the NFL.

With Thanksgiving behind us and Christmas right around the corner, families are gathering to celebrate the holidays.

However, what that has led to is an uptick in positive COVID-19 tests. This week alone, more than 75 NFL players have tested positive for the virus, including the Los Angeles Rams shutting down their training facility on Tuesday after multiple players, including wide receiver Odell Beckham Jr. tested positive.

There were even players that could not play in their Week 14 games because they tested positive as some heard the news only hours before their kickoff time, such as Rams’ tight end Tyler Higbee and cornerback Jalen Ramsey before Monday night’s game against Arizona.

For a player to return to the field,

Out of the 32 teams in the NFL, only seven do not have at least one player on the COVID-19 reserve list, including the Las Vegas Raiders.

Defensive tackle Johnathan Hankins said he is trying to prevent contracting the virus for him, his teammates and for his family ahead of winter festivities later in the month.

“I just try to stay in the house, stay away from people and stay COVID-free because I have a little daughter at home,” Hankins said. “Obviously the holidays are coming upon us, so I’m trying to do the best we can. I’m pretty sure everyone else is too.”

With players missing games and practice time, teams are going into games not at 100%, which could affect playoff chances.

For the Raiders, that might happen to their opponent on Saturday.

The Silver and Black take on the Cleveland Browns, who currently added 14 players to its COVID-19 reserve list on Tuesday and Wednesday, including three of its top tight ends in Austin Hooper, David Njoku and Stephen Carlson.

On Wednesday, the Browns got more bad news when it heard quarterback Baker Mayfield also tested positive. If Mayfield can’t return prior to Saturday’s kickoff, Case Keenum will fill in under center.

Throughout the year, the Browns have already endured positive tests from running back Nick Chubb and with running back mate Kareem Hunt on injured reserve, Cleveland has had to rely on D’Ernest Johnson in the backfield.

Raiders prep still remains the same despite playing on Saturday instead of Sunday this week.

Quarterback Derek Carr said he will still get ready the way he normally would, no matter if the opponent has injuries or positive COVID-19 tests.

“I’m going to prepare the way that I prepare,” Carr said. “If I have to prepare differently, that means I don’t believe I’m doing it right in the first place. This way that I’ve prepared has helped me be successful in this league and I’m always open to my coaches helping me making that process better. But I treat every game like this is the most important.”

With four weeks left to the regular season and with 13 AFC teams with at least six wins, including the Browns and Raiders, squads having an outbreak or seeing individuals test positive could hurt its chances to prepare on a given week and have its best 11 on the field.