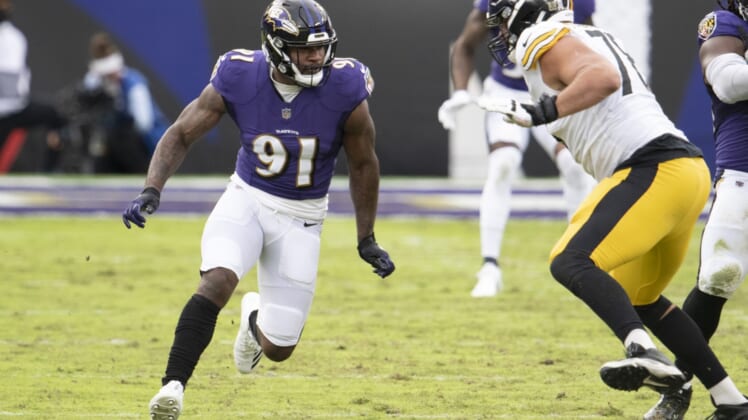 The Las Vegas Raiders have agreed to a two-year, $26 million deal with defensive end Yannick Ngakoue, according to multiple reports.

He spent his first four campaigns with the Jacksonville Jaguars and received the franchise tag last offseason from the club.

Shortly before the 2020 season began, Jacksonville traded him to Minnesota and the Vikings signed Ngakoue to a one-year, $12 million deal.

After having five sacks in six games for Minnesota, Ngakoue was traded to the Baltimore Ravens on Oct. 2. He had three sacks in nine games for the Ravens.

Ngakoue was a Pro Bowl selection for the Jaguars in 2017 when he had 12 sacks and a league-best six forced fumbles.