Lane Kiffin will not coach Alabama in National Title game 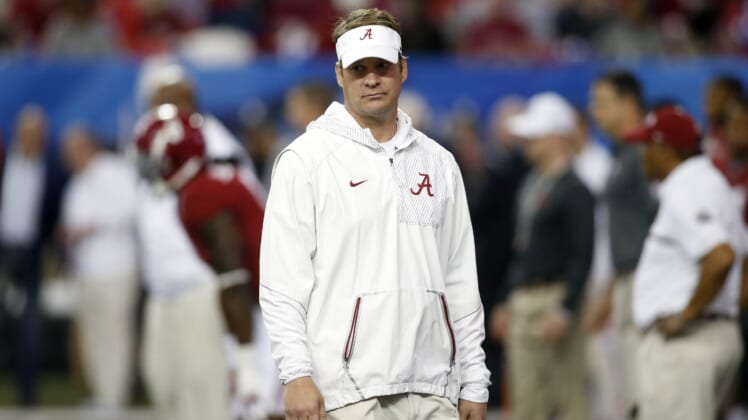 Lane Kiffin will not coach in national title game. Wow. Steve Sarkisian takes over at OC.

It’s not terribly surprising that the Crimson Tide won’t have Kiffin calling the plays here. First off, there were some major questions regarding his play-calling in the national semifinal against the Washington Huskies.

This is a deviation from the original plan, which called for Kiffin to coach Bama through the postseason. We’re not entirely too sure what happened behind the scenes here, but it’s safe to say some drama might have unfolded between Kiffin and head coach Nick Saban.

“This wasn’t an easy decision and we appreciate the way Lane handled this in terms of doing what is best for our team. At the end of the day, both of us wanted to put our players in the best position to be successful,” Saban said, via SEC Country. “Obviously, we are in a unique situation here where we have our next offensive coordinator already on staff. We have full confidence that Sark will step in right away and make this a smooth transition.”

It remains to be seen how much this will impact Alabama come next Monday night. Though, Steve Sarkisian has had his ears in the Crimson Tide’s game plan after he was hired as the program’s new offensive coordinator following the announcement that Kiffin would be taking on the Florida Atlantic job.