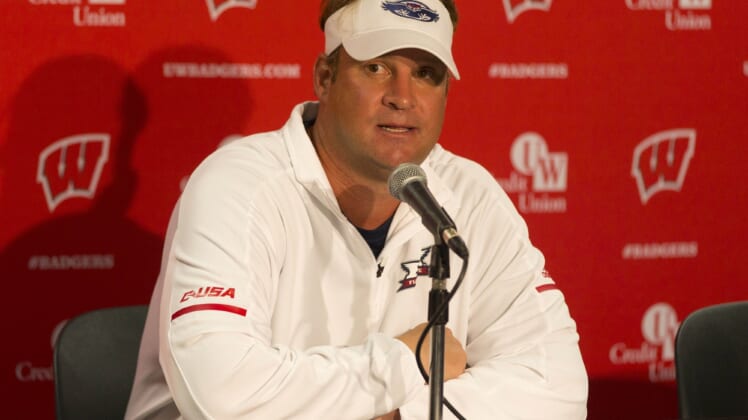 There’s a reason Twitter accounts like Freezing Cold Takes are so popular. Looking back on history can be an amusing way to pass the time.

Apparently, that’s what Lane Kiffin was doing Friday night, because he posted a screen shot of an old article ESPN wrote on Clemson hiring Dabo Swinney back in 2008. He also made his thoughts clear on the analysis, posting three facepalm emojis.

Written by the esteemed Pat Forde, who is now with Yahoo Sports, the quick analysis of the hire was not positive: “Swinney, who was recruiting coordinator and wide receivers coach until Tommy Bowden was whacked in midseason. The grade: D-plus. Swinney was part and parcel of a failed season but somehow got a promotion out of the deal. Who knew that beating Duke and Virginia could lead to such ample rewards?”

In hindsight, that’s just hilarious. But it happens to the best of us in this industry.

Obviously Swinney has gone on to turn Clemson into one of the nation’s premier college football programs. On Monday, his Tigers took the mighty Nick Saban and the Alabama Crimson Tide to school, winning their second national championship in the past three years.

Now, it seems all Swinney needs to do to stay on top is avoid the inevitable rat poison that’s going to be fed to his players through the evil media. Right, Lane?