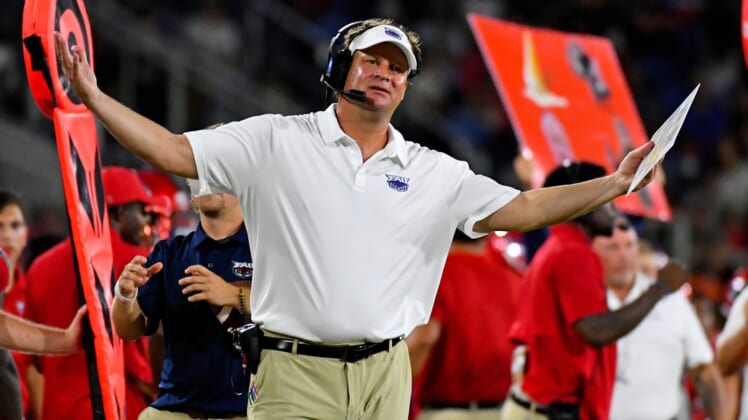 Florida Atlantic University’s head football coach Lane Kiffin is known for letting his feelings fly. Now he’s be fined for it following a tweet tagging Conference USA’s Twitter account with a shot at their officials.

After a tough 36-31 loss to Marshall, Kiffin posted a meme of blind referees and tweeted it directly to “@ConferenceUSA” on Saturday night. Conference officials didn’t take too kindly to the attack, fining Kiffin $5,000 and reprimanding him for violating the league’s sportsmanship policy.

Florida Atlantic knew what it was getting when it hired Kiffin. While the program is sitting at 4-3 and is just two wins shy of becoming eligible for a bowl game, Kiffin also makes his own off-field distractions.

Something tells us a $5,000 fine won’t stop Kiffin’s social media use and trolling.