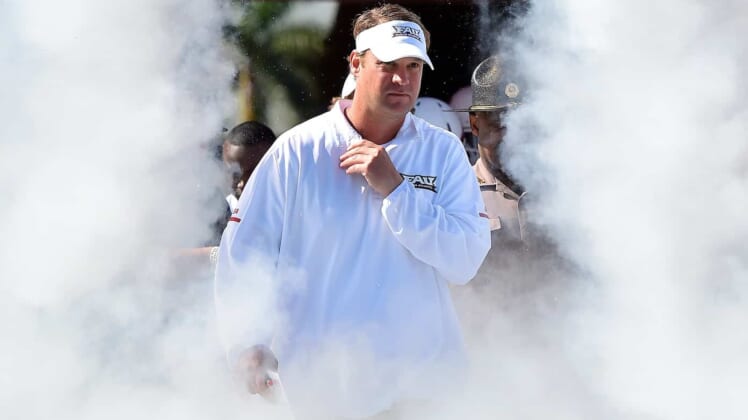 Age is just a number, but when a 24-year-old is hired as the offensive coordinator at a Football Bowl Subdivision program, the decision will turn heads. Lane Kiffin has brought in Charlie Weis Jr. to lead the Florida Atlantic offense.

Chuck King of FAU Owl Access reported the move, noting that Weis will be the youngest current coordinator in the FBS.

The son of former NFL assistant and college head coach Charlie Weis followed his father to kick off a coaching career. He served as a quality control coach at Florida in 2011 and was a manager at Kansas for three years.

After a volunteer summer internship with the New England Patriots and a final year at Kansas in 2014, Weis joined the Alabama staff as an offensive analyst. His two years with the Tide overlapped Kiffin’s time as offensive coordinator.

Weis was an offensive analyst for the Atlanta Falcons last season.

Kiffin needed to replace Kendal Briles, who accepted a job at Houston. FAU returns many key pieces of the nation’s No. 9 offense, including quarterback Jason Driskel, running back Devin Singletary and wide receiver Willie Wright.

That prolific unit will now be entrusted to a 24-year-old. But if he’s ready for the challenge, age is just a number.