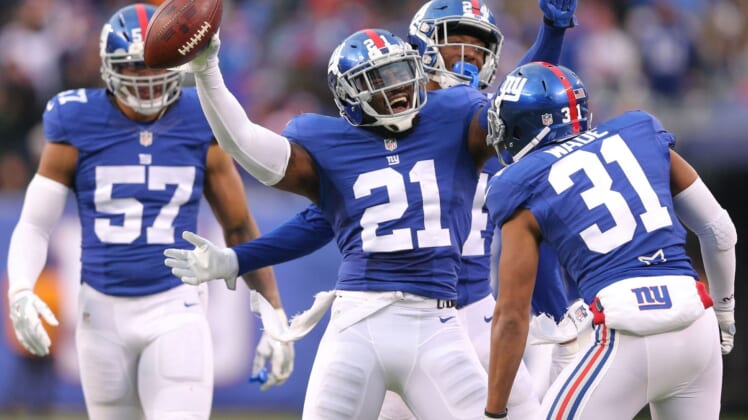 So, on Wednesday something pretty interesting happened revolving around Landon Collins and his locker at New York Giants facilities. ESPN’s Josina Anderson reported that Collins had cleaned out his locker room, then said his goodbyes to teammates, coaches and trainers.

That was quite a bit of news, because it indicates that Collins doesn’t think he’s returning to Big Blue in 2019 on a long-term deal, or that he’s making a point that he won’t sign a franchise tag if the Giants use it on him.

Anyway, shortly afterward, numerous Giants beat writers chimed in trying to refute Anderson’s report. Paul Schwartz of the New York Post was one of them.

Then Collins responded with quite a statement on the matter, which seems to definitively support Anderson’s initial report.

The stuff in that locker that I have left I do not need?

Locker-gate was short-lived, it would appear.