Lamoureux twins to be inducted into U.S. Hockey Hall of Fame 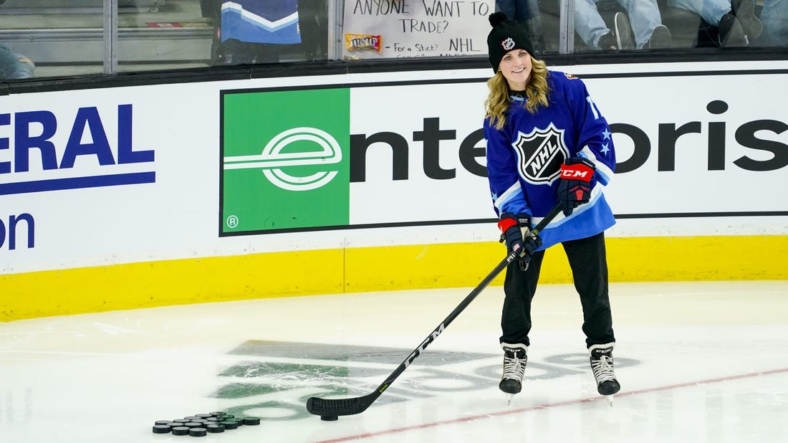 The Lamoureux twins and former NHL great Ryan Miller are among a class of five that will be inducted into the United States Hockey Hall of Fame in November.

“These five individuals have had a tremendously positive impact on hockey in America,” Mike Trimboli, president of USA Hockey, said in a news release. “They have all made countless contributions to the game throughout their impressive careers and their impact will be felt for years to come. We look forward to honoring them as the 50th class of the U.S. Hockey Hall of Fame in November.”

The Lamoureux twins, 33, became break-out stars during the 2018 Winter Olympics In South Korea when they helped the U.S. beat Canada in the gold-medal game.

Lamoureux-Davidson scored the winner in the shootout to give the U.S. its first Olympic gold medal in 20 years. She had four goals in the tournament and 63 overall (along with 75 assists) in 137 career international games.

Lamoureux-Morando scored the tying goal late in the third period of the 2018 goal-medal game to keep the U.S. alive. She had 62 goals and 81 assists in 135 career international games.

The sisters also were on the 2010 and 2014 U.S. Olympic teams that earned silver medals. They are the first players from the famed 2018 Olympic women’s hockey squad to earn induction.

Miller, 42, was a two-time Olympian, including excelling during the U.S. run to the silver medal in 2010. He won the Hobey Baker Award as college player of the year for Michigan State in 2001 and earned the Vezina Trophy as the NHL’s top goalie for the 2009-10 campaign.

Miller played 18 NHL seasons and recorded 391 victories, the most by an American goalie. He posted 284 of wins for the Buffalo Sabres, where he also had 28 of his 44 career shutouts for the Sabres. Miller also played for the St. Louis Blues, Vancouver Canucks and Anaheim Ducks.

Cash, 33, is considered one of the top sled hockey players. He was the goalie for the U.S. National Sled Hockey Team for 16 seasons and had a 1.22 goal-against average and .898 save percentage.

Cash had his right leg amputated at age 3 due to bone cancer. He retired in 2021.

Johannson was a star college player who spent close to two decades as an executive with USA Hockey. He died in early 2018 at age 53 just weeks before he was slated to be general manager of the men’s hockey team for the Olympics in South Korea.

Saint Paul, Minn., will be site of the inductions.