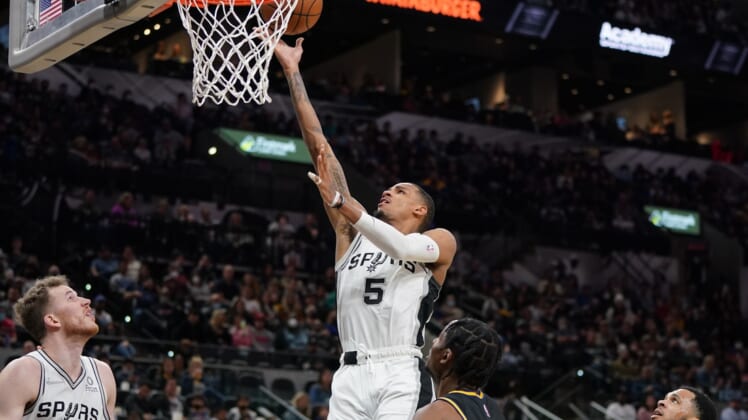 Ball takes the place of Brooklyn Nets star Kevin Durant, who has been sidelined since Jan. 15 with a sprained MCL in his left knee. Murray replaces Golden State Warriors forward Draymond Green, who has a lower back injury and has not played meaningful minutes since Jan. 5.

Durant and LeBron James are serving as captains for the game Feb. 20 and will choose their teams in Thursday’s All-Star Draft. Durant will still draft his team even though he is unable to play.

The NBA also said that Boston Celtics forward Jayson Tatum will replace Durant in the starter pool for the draft.

“When a starter is injured prior to the NBA All-Star Draft and is unable to participate in the All-Star Game, he is replaced in the starter pool for the Draft by the All-Star reserve from the same conference and of the same position group who received the highest ranking in the voting for All-Star starters,” the league said in a news release.

Murray, in his fifth NBA season, leads the Spurs with 19.6 points per game, ranks fourth in the NBA with 9.2 assists per game and tops the league with 2.1 steals per game. He also averages 8.4 rebounds, and his 10 triple-doubles this season rank second in the NBA behind only reigning MVP Nikola Jokic of Denver.