LaMelo Ball changing his jersey No. from 2 to 1 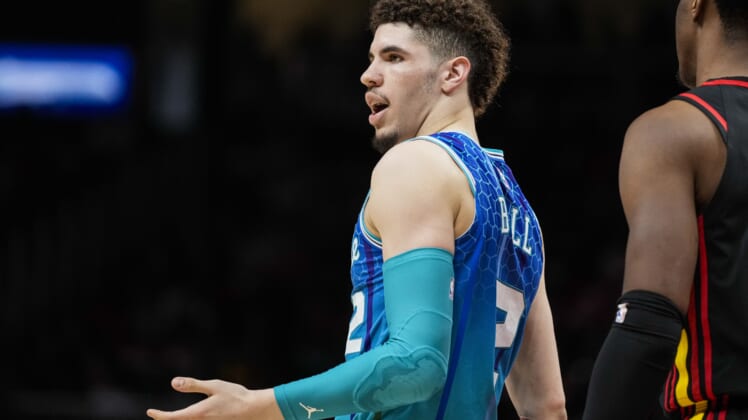 Guess what Charlotte Hornets fans? All those LaMelo Ball jerseys you’ve purchased since falling in love with the 2020 Rookie of the Year’s game? Old news. Time to update them already.

Hey don’t get mad at me. I’m just the messenger.

According to Shams Charania, Ball is changing his jersey number from No. 2 to No. 1.

There were no reasons or quotes provided as to why Ball is changing his number now after two seasons in the NBA. But it was hinted at during his exit interview with the media after the Hornets’ loss in the Play-In tournament when asked if Ball planned to change his number.

While this jersey change may come as an offseason surprise, Ball seems to have never wanted to wear the number in the first place. But his brother Lonzo does rock No. 2 with the Chicago Bulls, and LaMelo said that’s all he knows. Soon enough, No. 1 is all Hornets fans will know.

But long-time fans of LaMelo Ball may have felt like this change was coming all along. Ball wore No. 1 in high school at Chino Hills and when he played for the Illawarra Hawks in Australia, so this change isn’t necessarily new for him, even if it’s the first time he’ll have No. 1 on his jersey in the NBA.

Still, as one of the brightest budding stars in the NBA, Ball, whether it’s No. 2, or No. 1, sells tons of jerseys and memorabilia. Now that his number is officially changing, his jersey sales are likely to skyrocket as fans rush to become one of the first to rock his new gear.

Ball was a first-time All-Star last year, with his Hornets narrowly missing the playoffs. Now he’ll look a bit different as he looks to lead his squad to the postseason with Steve Clifford at the helm.