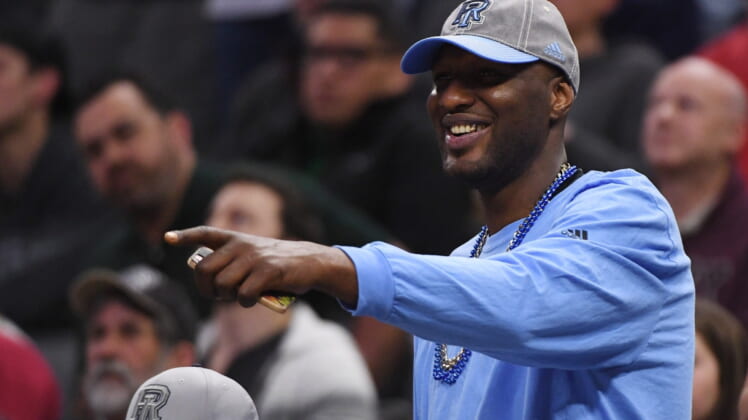 The Los Angeles Lakers continue to embrace troubled former player Lamar Odom, who was present during workouts on Monday.

Odom was invited to the pre-draft workouts by none other than head coach Luke Walton.

Lamar Odom is at the Lakers facility this morning for their pre-draft workout. Here as a guest of coach Luke Walton.

Among those the Lakers worked out Monday was UCLA’s Bryce Alford, former teammate of Lonzo Ball, whom the Lakers very well could draft No. 2 overall. He took the time to give an example of why Ball is such a good player.

UCLA's Bryce Alford, who worked out for Lakers today, said Lonzo Ball was effective b/c he always played "downhill" but not out of control.

Regardless of what’s going on off the court with Odom, who has battled addiction, nearly lost his life to it and continues to be a regular L.A. nightlife figure, it’s pretty awesome that the Lakers have continued to welcome him as one of their own.

Odom played with the Lakers for seven seasons, from 2004-11, helping Los Angeles win two NBA titles in the process.