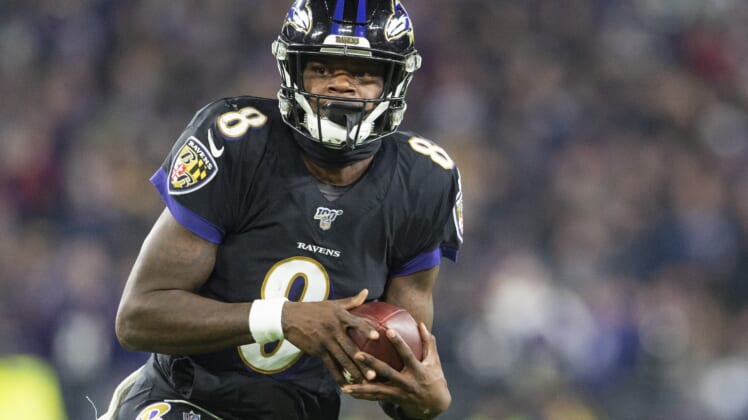 Baltimore Ravens quarterback Lamar Jackson came after the NFL’s best players in 2019 and won the NFL MVP. He’s now set his sights set on going after one of the world’s biggest corporations in court, with a lawsuit against Amazon.

According to The Baltimore Sun, Jackson filed a lawsuit against Amazon for allegedly allowing the sale of apparel bearing his likeness by third-party sellers.

The 23-year-old quarterback is seeking compensation and damages along with an injunction on any future third-party sales of items that features the phrases “Action Jackson,” “Not Bad for a Running Back”, phrases that he filed to trademark in January.

Jackson operates his own merchandise company, Era 8 Apparel, which sells authentic merchandise with his iconic phrases.

After finishing the regular season 43 total touchdowns, 3,127 passing yards and a single-season record for rushing yards by a quarterback (1,206), Jackson was named the NFL MVP unanimously. If this lawsuit moves forward, he’ll be hoping for another major decision in his favor.