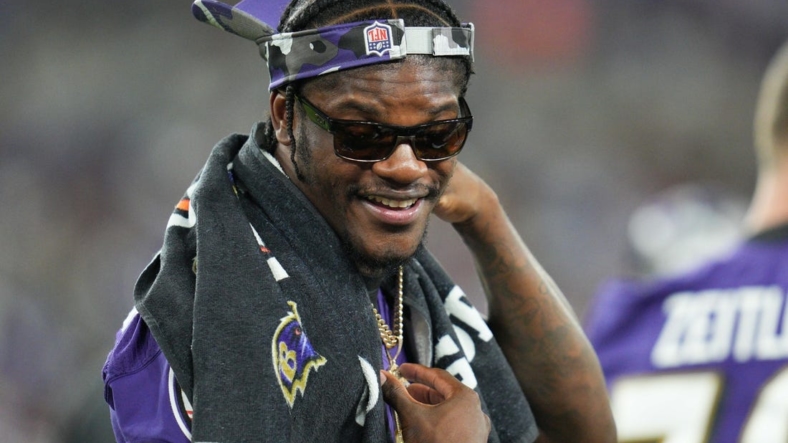 Lamar Jackson has consistently said Week 1 is his deadline to get a new deal done with the Baltimore Ravens, and that day is Friday.

And a deal is not imminent, per reports. Jackson, who acts as his own agent, was asked Wednesday if the sides are close to a deal.

He did say he and the Ravens are still talking, but after Friday, that’s it.

“Kickoff I will not be talking about a contract,” Jackson said. “I’ll be thinking straight Jets around kickoff time.”

Jackson is entering his fifth-year option, which will pay him $23.016 million this season. Should the sides fail to reach an extension prior to the start of the season, the Ravens can still use their franchise tag on Jackson in the offseason.

The quarterback market evolved over the course of the year, to the point where Arizona Cardinals star Kyler Murray received a five-year, $230.5 million extension last month with $160 million guaranteed.

Jackson had a combined 18 interceptions over his first three seasons before throwing 13 picks in 12 games during 2021. He had 16 touchdown passes last season, a steep decline from his 2019 MVP total of 36.

The Ravens open with the New York Jets on Sunday.