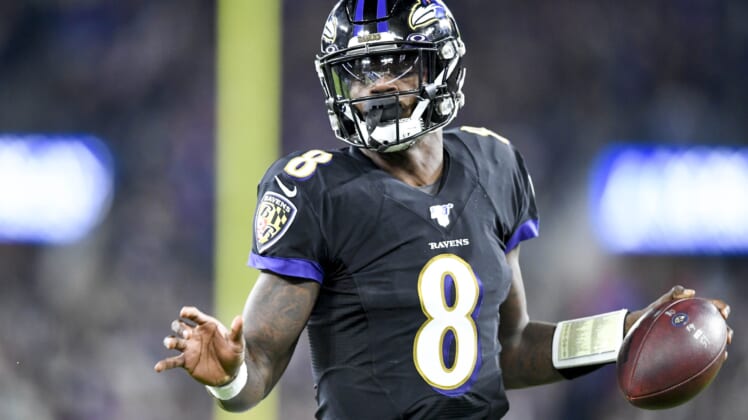 Sunday features one of the elite matchups between MVP candidates around the NFL world. It pits Deshaun Watson and the Houston Texans against a red-hot Baltimore Ravens team and Lamar Jackson.

In being asked about the matchup, Jackson shot down any comparison to Watson in epic fashion.

The two will be tied to the hip throughout their careers. They play in the same conference, were elite college quarterbacks and have now morphed into two of the best overall players in the NFL.

They are different in many ways.

Jackson enters Week 11 on pace for a whopping 1,248 rushing yards. He’s been electric through both the air and on the ground.

On the other hand, Watson’s running ability is more about self preservation on scrambles. He’s gained less than 1,100 rushing yards in 31 career starts.

Both quarterbacks are on pace for some staggering overall numbers.

While Jackson might not want to be compared to his counterpart, Sunday’s game could go a long way in determining who stands with Russell Wilson in the NFL MVP race heading down the stretch.