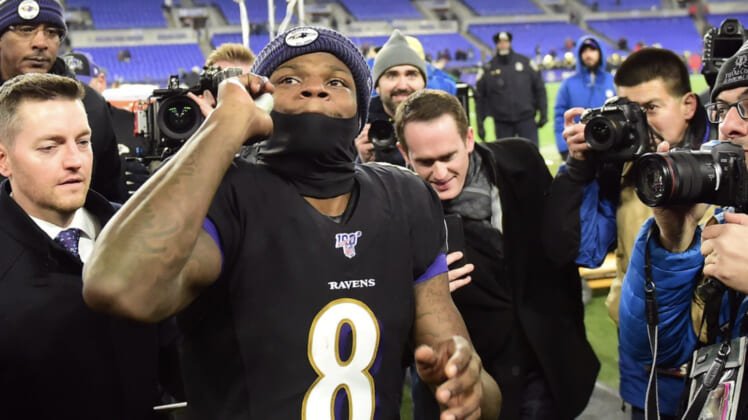 Fresh off a five-touchdown performance in a blowout win over the New York Jets, MVP favorite Lamar Jackson remains a fan favorite.

The final tally for van voting leading up to this year’s Pro Bowl was released on Monday.

In what can’t be considered too much of a surprise, the Baltimore Ravens’ quarterback stood above the rest of his counterparts in the NFL. It wasn’t necessarily that close.

Jackson has been simply amazing as a sophomore this season. He’s tallied nearly 4,000 total yards with 40 total touchdowns and just six interceptions.

The former first-round pick just broke Michael Vick’s single-season rushing record for a quarterback and has tallied north of 1,100 yards on the ground through 14 games. He also leads the NFL with 33 touchdown passes.

Ranking first in fan voting is something Jackson should enjoy. But with his Ravens at 12-2 on the season, the quarterback hopes he doesn’t take part in the Pro Bowl. There’s larger team-wide goals on the horizon.