Lamar Jackson holding off on draft decision until January 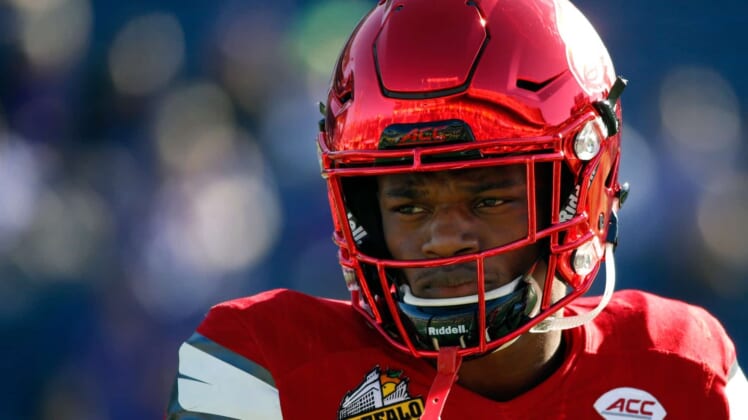 Lamar Jackson announced he’s not going to announce anything right now as it pertains to whether he comes out of school to enter the 2018 NFL Draft. Speaking to reporters after Saturday’s brutal 31-27 loss to Mississippi State, Jackson said he’s going to talk to his coaches and family before making his decision sometime in January.

Lamar Jackson says he will sit down with coaches and family to discuss #NFLDraft decision. Sets January timeline for decision. @WHAS11

NFL draft hopefuls have until Jan. 15 to make their decisions, so Jackson has a couple of weeks to mull his decision over.

What he’ll need to figure out is whether he’d be better served spending another year under Bobby Petrino at Louisville or learning from an NFL coaching staff at the next level. He’s as talented as any quarterback we’ve seen in ages but certainly needs a bit more polish to his game before he’ll be able to thrive against NFL defenses.

And then there’s the whole notion that many think Jackson won’t be a good quarterback in the NFL to begin with and should become a receiver instead. This scribe doesn’t hold that opinion and thinks it’s hogwash (just watch this throw), but that perception is out there because many do think it’s true. Likely, that number includes some people at the NFL level.

Jackson had an awful game Saturday against the Bulldogs in the TaxSlayer Bowl. He threw four interceptions in the game, which nullified anything positive he was able to accomplish. While his career at the collegiate level is already one for the record books, there’s always the chance another year at school will ultimately be beneficial to him in the long run.