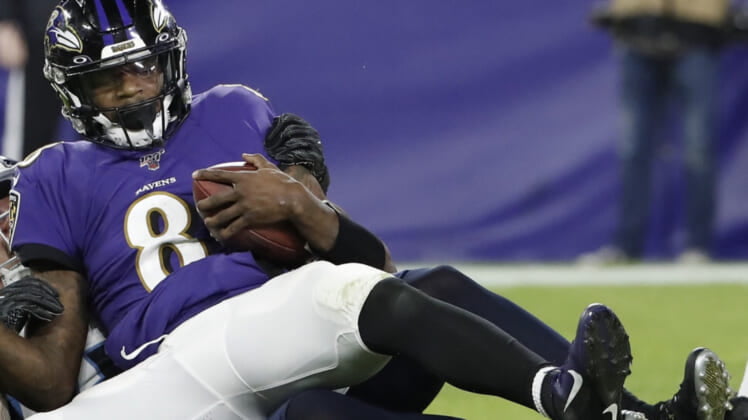 No one saw this coming. Baltimore Ravens quarterback and likely NFL MVP Lamar Jackson coming up small in the biggest stage of his young career.

Jackson was downright dreadful during Baltimore’s 28-12 loss to the Tennessee Titans in the AFC Divisional Playoffs Saturday night. That included him throwing two interceptions.

All said, the youngster completed 31-of-59 passes for 365 yards with a touchdown and those two picks in the worst performance of his young career.

Needless to say, Jackson got absolutely roasted on Twitter after this ugly outing.