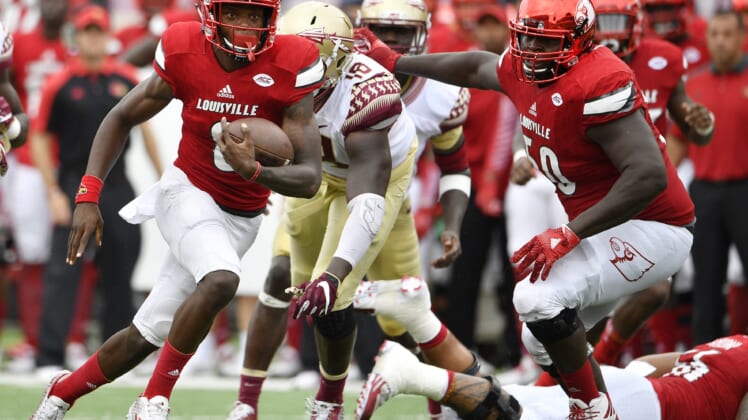 Lamar Jackson was out there doing Lamar Jackson things on Saturday on the road against the North Carolina Tar Heels. Early in the third quarter, the Heisman Trophy winner scored his first rushing touchdown of the year, and it was one only he could have pulled off.

Utilizing his vision and quickness to get through the hole, Jackson nearly stumbled before finding his balance once again, then cutting back to the outside and beating everyone en route to the end zone.

More Lamar Jackson. Not many QBs who instinctively "get skinny" to explode through the hole & simply run away from DBs in the open field. pic.twitter.com/1MWL2RmbI9

Twitter had something to say about Jackson’s first rushing touchdown of the season.

Where are all those people saying Lamar Jackson shouldn't be considered for the heisman now?
*crickets chirping

What Jackson is doing so far this year after winning the Heisman last season is pretty phenomenal. He went for 485 yards last weekend and is rolling in this game against the Tar Heels. Through roughly 35 minutes of this game he’s already accounted for 294 yards and three touchdowns.