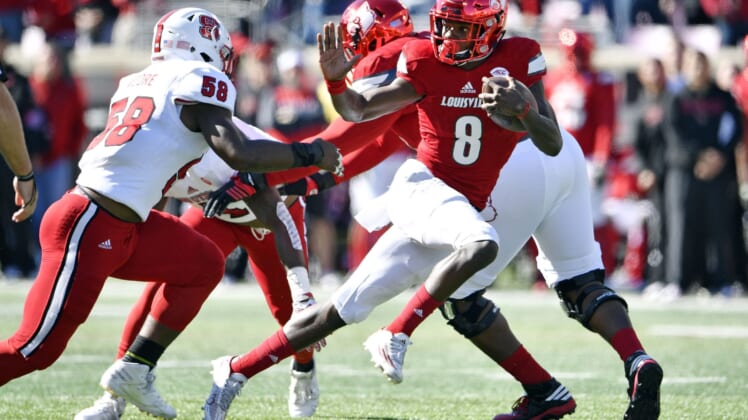 Lamar Jackson is off to a torrid start Saturday as Louisville takes on Boston College.

The Heisman favorite absolutely torched the Eagles early in the first quarter with a 69-yard touchdown run through the middle of their helpless defense.

This put the Cardinals up by a score of 7-0 after the successful extra point. We’re expecting a few more of these big plays from Jackson this afternoon as he continues to lock up the 2016 Heisman Trophy with huge game after huge game.