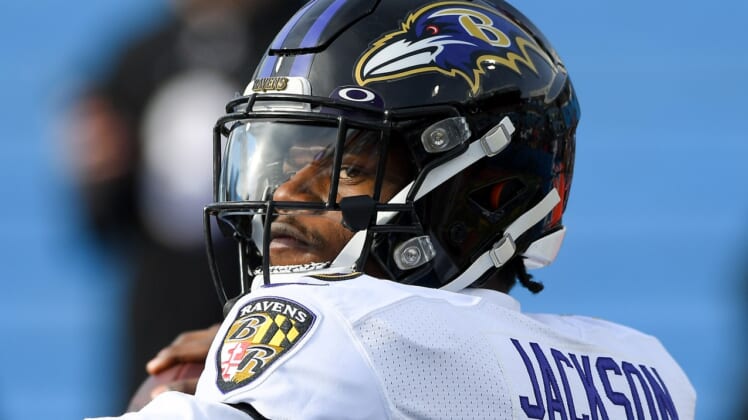 Baltimore Ravens quarterback delivered a plethora of jaw-dropping performances this season that will earn him the NFL MVP award. He also provided us with some catchy phrases that he’s now hoping to cash in on.

Jackson is now seeking to trademark some of his iconic lines from this season. On Twitter, trademark attorney Josh Gerben announced that Jackson is looking to trademark three of his phrases. “You’re going to get a bowl out of me… Believe that”, which came after the team’s playoff loss. He will also file trademarks on the phrases “TRUZZ” and “Not bad for a running back!”

We certainly can’t fault Jackson for wanting to cash in this offseason on his work on the field and in front of the microphone.

The 23-year-old is still a year away from being eligible to sign a record-breaking contract extension, so he might as well take advantage of his catchy lines.