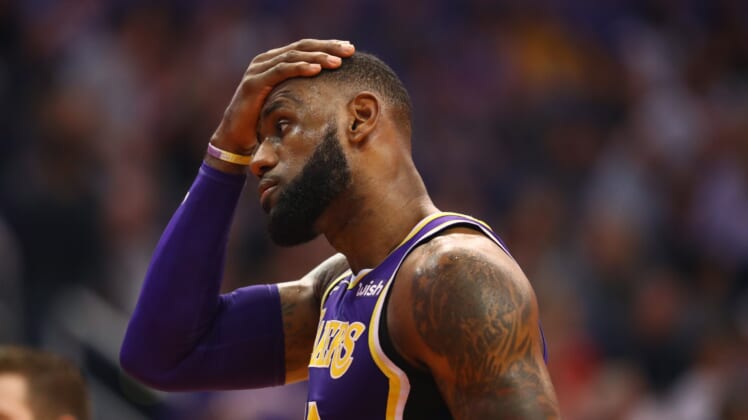 Los Angeles Lakers star and MVP hopeful LeBron James will return to practice next week in hopes of playing some time in the near future, the team announced on Wednesday.

“LeBron James was evaluated by team medical staff and physicians today,” an announcement on the team’s official website read. “James, who will not travel with the team on the upcoming two-game road trip, has been cleared to return to practice commencing next week, and progress towards a return to game play thereafter.”

James has missed each of the past 11 games with a groin injury. For their part, the Lakers have posted a terrible 4-7 record in said games.

It’s led to speculation that head coach Luke Walton’s seat could be hot — something the Lakers’ brass has reportedly pushed back against.

James, 34, is averaging 27.3 points, 8.3 rebounds and 7.1 assists per game. This has been the longest absence of his obvious Hall of Fame-worthy career. But it’s about to come to an end here soon.