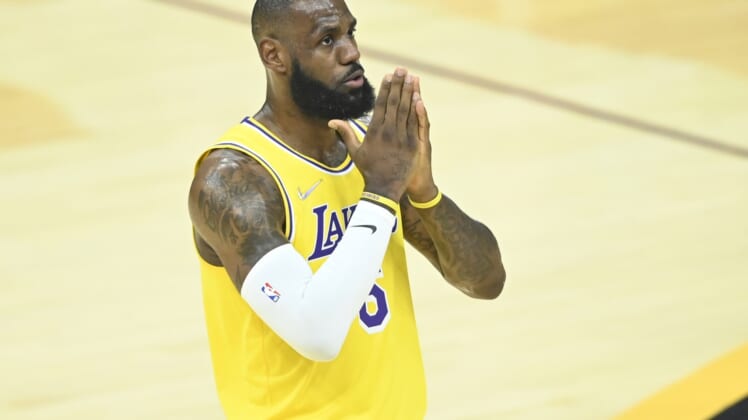 Los Angeles Lakers star LeBron James has been ruled out of Wednesday’s game against the visiting Philadelphia 76ers due to soreness in his left knee.

A four-time NBA MVP and 18-time All-Star, James is averaging 30.0 points, 8.2 rebounds and 6.3 assists in his fourth season with the Lakers.

Los Angeles entered Wednesday with a 31-41 record, putting it in ninth place in the Western Conference.