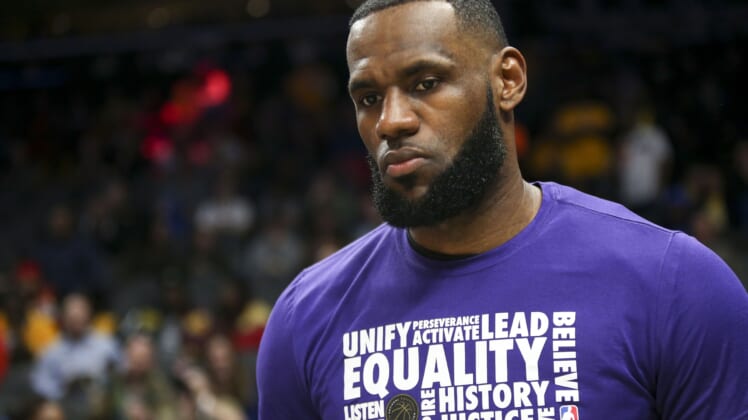 As the Los Angeles Lakers flounder in the latter stages of the 2018-19 season, there appears to be some division between LeBron James and the organization.

According to Brandon Robinson of Heavy.com, James wants the Lakers to sign Carmelo Anthony during the buyout period. But the Lakers want to go in another direction.

“LeBron’s camp is insisting on the front office signing Melo,” a league source with knowledge of the Lakers told Robinson via text message Wednesday afternoon. “But the team wants to go in a different direction.”

On top of the recent video evidence showing James really seems to have checked out right now, this isn’t a great look.

The big reason Los Angeles isn’t interested in making a move for Anthony, Robinson shared, is that the Lakers failed to land Anthony Davis in a trade and therefore still have the likes of Reggie Bullock and Mike Muscala on the roster.

Los Angeles is trying to set itself up as a big player in free agency this coming summer. Signing Anthony would not seem to really make any positive impact on that front, and it’s debatable whether he’d help or harm the team’s ability to compete at this time.

The 10-time All-Star has certainly fallen off in recent years. In 10 games with the Houston Rockets this season, Anthony averaged 13.4 points and 5.4 rebounds per game. He averaged just 40.5 percent from the field and the Rockets were -6.3 with him on the floor.