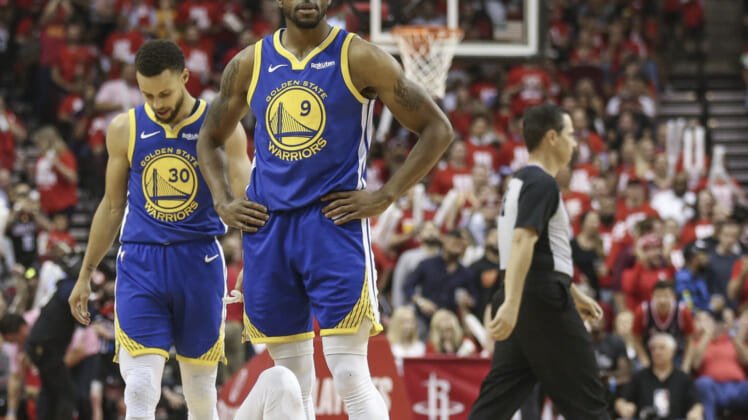 The Los Angeles Lakers have pretty much wrapped up their summer, adding the likes of Anthony Davis, Danny Green and DeMarcus Cousins to the mix.

Though, it appears that the championship contenders are saving a roster spot for another potential big-name acquisition.

According to ESPN’s Brian Windhorst, Los Angeles remains interested in former NBA Finals MVP Andre Iguodala. The team sees him as a tremendous veteran fit off the bench.

At issue here is Iggy’s current status as a member of the Memphis Grizzlies following a trade from the Golden State Warriors.

It doesn’t look like Memphis is going to buy the veteran out. If not, Los Angeles does not have either the cap room to take on his $17.2 million salary nor the draft picks to entice Memphis.

Even then, this is certainly something to watch. Iggy has played for a legit title contender each of the past five seasons. Does he want to waste away on a rebuilding Grizzlies squad? That’s the biggest question here.