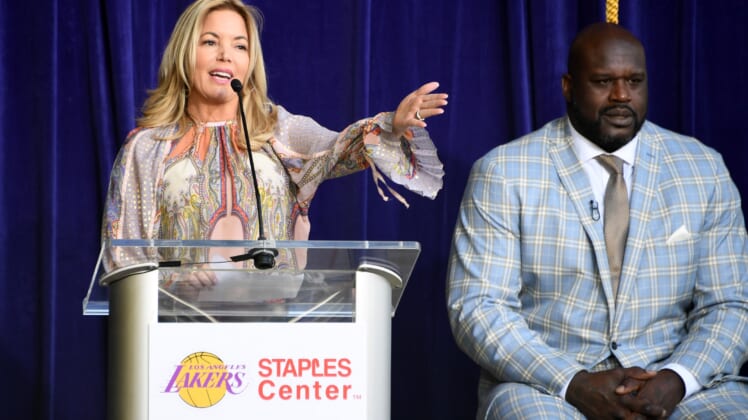 On my way to #Memphis for #Lakers game. Dinner with Rob and Luke tomorrow night. Barbecue!! @Lakers #InLukeWeTrust pic.twitter.com/cDIAHSn80a

Perhaps she read our column on how the Lakers need to be saved from themselves in the wake of the latest LaVar Ball fiasco. Or not.

As most are likely aware, Ball recently was quoted by ESPN as saying Lakers players no longer want to play for Walton. That sparked more recent comments by ESPN’s Brian Windhorst that the Lakers were potentially eyeing David Fizdale as a lure to bring LeBron James to Los Angeles, and yada yada yada.

In truth, Walton has been a godsend to the Lakers. He’s rescued a fractured locker room, helped transform some young talent and appears to be well on his way toward becoming one of the top coaches in the Association. It’s telling that the likes of Steve Kerr and Gregg Popovich, among others, can’t stop singing Walton’s praises.

Thankfully, Buss appears to be standing behind the young coach. At least for now. Hopefully she stays the course, because doing anything that gives LaVar Ball power would be a death knell for this organization.