Lakers GM meeting with Tyronn Lue on Friday, per report 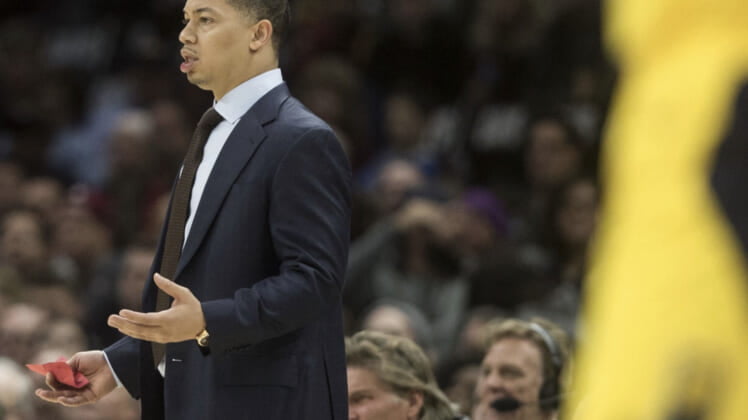 Former Cleveland Cavaliers head coach Tyronn Lue has been seen as the favorite to replace Luke Walton with the Los Angeles Lakers.

It looks like he’ll get one of the first cracks to impress the Lakers’ brass, general manager Rob Pelinka including. According to ESPN’s Adrian Wojnarowski, the two sides are meeting on Friday.

Given the candidates that have been named to replace Walton, it seems that Los Angeles is looking to cater to star forward LeBron James.

If that’s indeed the case, Lue should sit atop the list. He coached King James in Cleveland for parts of three seasons, leading the organization to three Finals appearances and an NBA title.

Lue and James are said to have a solid working relationship. It’s not yet known how much the NBA’s best player will figure in to the Lakers’ decision.