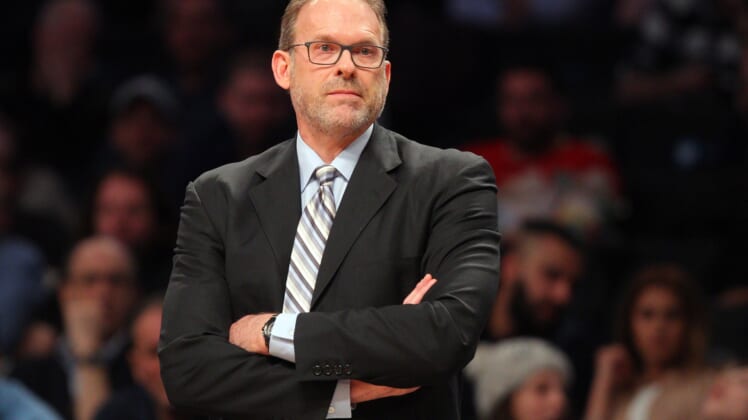 After many years on the court as both a player and coach, Kurt Rambis is now set to join the Los Angeles Lakers as a senior basketball advisor.

According to Shams Charania of The Athletic, Rambis will report directly to Magic Johnson, the team’s president of basketball operations.

Rambis, who played for the Lakers from 1980-’88 and 93′-’95 then worked for the team as an assistant coach, recently worked as an associate head coach for the New York Knicks.

Now the 60-year-old will shift into a role working in the front office for one of the most popular teams in all of sports.

According to a press release by the team, Rambis will assist the coaching staff in day-to-day operations and help support the team’s basketball operations.