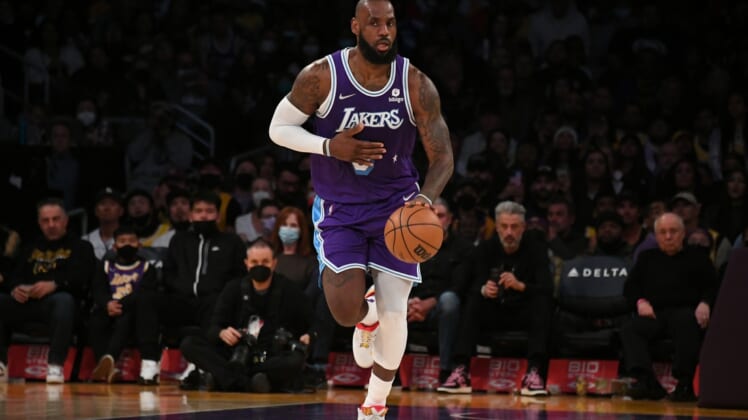 The Los Angeles Lakers and the host Phoenix Suns each will be without a key member of their lineup when they play Sunday night in what could be a first-round matchup in the NBA playoffs.

Anthony Davis scored 22 points and grabbed 14 rebounds for the Lakers in the first meeting. Davis didn’t play in the December game, when Russell Westbrook put up 22 points and 10 rebounds in defeat.

Neither Paul nor Davis will be available Sunday, but each team is hoping to have its standout back when the Lakers return to Phoenix on April 5.

Paul is less likely to be back by then. He broke his right thumb on Feb. 16, and his recovery period was estimated at a minimum of 6-8 weeks. Six weeks would have him ready on or around April 1 — four days before the Lakers come to town. Eight weeks would make him a question mark for the Suns’ playoff opener in mid-April.

The Suns have assured themselves a spot in the postseason and likely will enter the playoffs as the No. 1 seed in the Western Conference. The Lakers are ninth in the West, which would mean having to win two games in the play-in event in order to claim the final Western playoff spot and a first-round matchup against the Suns.

The clubs met in the first round last year as the Nos. 2 (Suns) and 7 (Lakers) seeds. Phoenix overcame a home loss in Game 2 to win the best-of-seven series in six games en route to the NBA Finals.

The Suns are still comfortably ahead in the West, but they are just 5-4 without Paul, with three of the losses having come at home. The most recent occurred Friday, when the Toronto Raptors came to town and left with a 117-112 victory.

The Suns turned the ball over 16 times, and the Raptors turned the miscues into 25 points. Three of the most three critical mistakes came down the stretch.

Devin Booker, who had a team-high-tying three of the turnovers, accepted responsibility afterward.

“I had a few turnovers that were costly,” he said. “(They allowed) them to get out in transition and get some easy ones.”

The Lakers rallied behind LeBron James’ 50 points to beat the visiting Washington Wizards 122-109 at home on Friday. It was their second victory in eight games since Davis sprained his right foot; coincidentally, the injury came on the same night Paul got hurt.

However, Davis’ recovery time is expected to be shorter — he could be as little as a week away from rejoining the club.

For now, the Lakers are milking James for everything he’s got.

James, who scored 56 points in a win over Golden State last Saturday, has averaged 43.0 points in his last three games.

James averaged 29.5 points in the two earlier meetings with the Suns, but had a total of just nine rebounds and seven assists.