Lakers forward Anthony Davis (back) out vs. Timberwolves 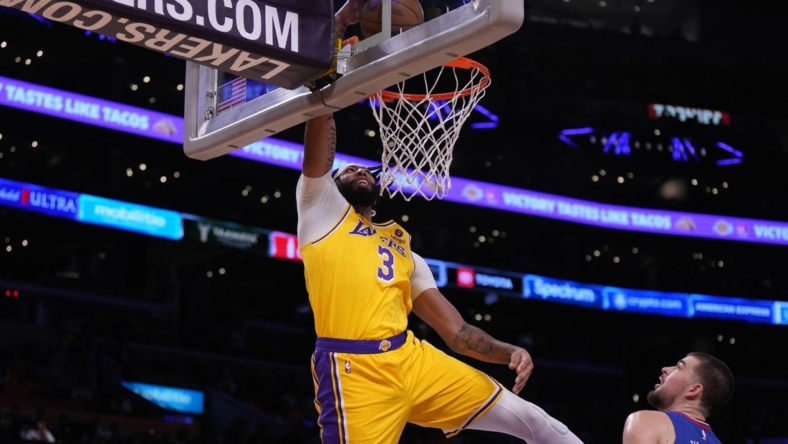 The Los Angeles Lakers announced that Anthony Davis would not play Friday against the host Minnesota Timberwolves due to low back soreness.

Davis was listed as questionable for the game entering Friday before being ruled out. Fellow stars LeBron James (left foot soreness) and Russell Westbrook (left hamstring soreness) will play.

On Oct. 20, Davis awkwardly fell hard to the court in the third quarter of a game against the Los Angeles Clippers. He was visibly hampered over the next few minutes but remained in the game and scored 25 points in 32 minutes.

At the start of his fourth season with the Lakers, Davis averaged 24.0 points, 9.5 rebounds and 2.8 steals per game over the team’s first four games. Los Angeles lost all four and entered Friday’s game trying to avoid the second 0-5 start in 65 years.