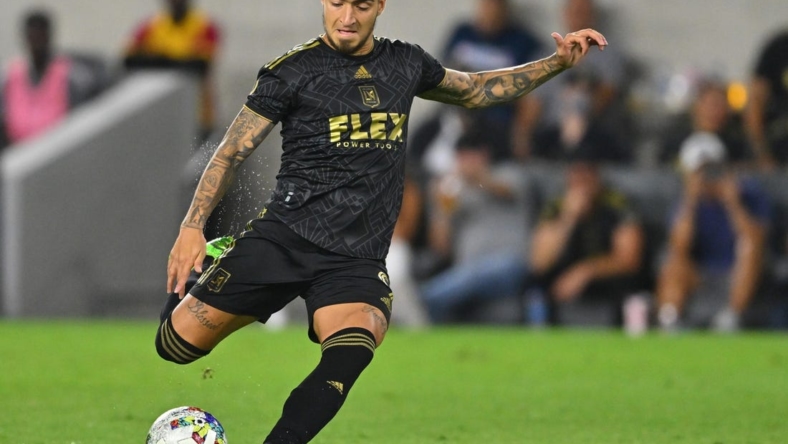 LOS ANGELES — The best of the best in Major League Soccer will get the rare opportunity to settle their differences on the field in the MLS Cup final Saturday afternoon when Los Angeles FC play host to the Philadelphia Union.

LAFC and the Union were tied for most points in the regular season at 67, although it was LAFC who won the Supporters’ Shield for best regular-season record based on their league-best 21 wins. The Union won 19 games.

LAFC now are poised to become the eighth MLS club in 27 seasons to win the Supporters’ Shield and MLS Cup in the same calendar year. The last to pull off the double was Toronto FC in 2017.

The last time the top seeds from each conference made it to the championship game was in 2003 when the San Jose Earthquakes faced the Chicago Fire.

A club to envy since their MLS debut in 2018 because of their on-field success and raucous fan support, LAFC won their second Supporters’ Shield in their five seasons. But the Union still stand in the way of their first MLS Cup title.

“They’ve definitely gotten the recognition they’ve deserved (and) it’s going to be a great battle on Saturday,” LAFC’s Kellyn Acosta said of the Union. “I think this game is going to have a little bit of everything, and I think from our standpoint, we’ve got to be up for the intense matchup.”

While Acosta contributed two goals with five assists from his midfield spot, LAFC was led by 16 regular-season goals from Cristian Arango, who added five assists. Carlos Vela, who has been the face of the LAFC franchise, had 12 goals with 11 assists.

Arango netted a goal in each of LAFC’s playoff victories, including the opening score of the 3-0 victory over Austin FC in the Western Conference final.

Daniel Gazdag put a charge into the Union offense with 22 goals, tied for second in the MLS regular season and one off the Golden Boot total of Nashville SC’s Hany Mukhtar. Gazdag also had 10 assists. Julian Carranza had 14 goals and nine assists for Philadelphia, while Mikael Uhre had 13 goals and six assists.

The Union not only led MLS with 72 goals scored, they also were best in the league with just 26 allowed. Their plus-46 goal differential was 18 better than LAFC, whose plus-28 ranked second.

While LAFC has stars such as Vela, Gareth Bale, Giorgio Chiellini and Arango, the Union identify with their grinder mentality and players such as Jakob Glesnes, the MLS Defender of the Year.

“I think we have a very good team,” Gazdag said. “We don’t have big names like them, but our strength is the team and we are fighting and working for each other every time.”

Philadelphia midfielder Alejandro Bedoya continues to work his way through a hip flexor strain but is “optimistic” he can play Saturday.

“We are just going to have to keep doing what we have been doing all year,” said the Union’s Andre Blake, who had 15 shutouts in the regular season and was selected as the goalkeeper on the 2022 MLS Best XI squad. “They are very good at attacking, and we are very good at defending.”