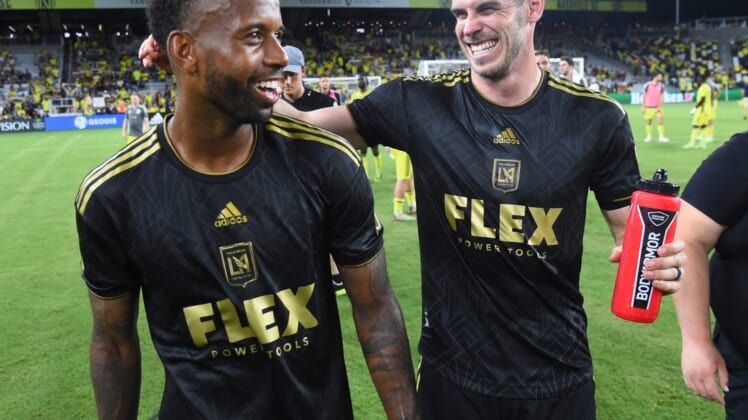 Bale, the former Real Madrid and Tottenham star striker, entered in the 72nd minute of Sunday’s 2-1 road win over Nashville SC. Chiellini, a star defender formerly of Juventus, played the first 60 minutes as LAFC improved to 6-1-1 over their past eight matches.

LAFC (13-4-3, 42 points) own the top record in MLS and should only be more powerful once the 33-year-old Bale and 37-year-old Chiellini hit their strides.

“We have to continue to win, because if we want to stay at the top of the league, we have to win away games,” Chiellini, the long-time Italian national team captain, said after his debut. “It’s important. It’s a league in which there are so many counterattacks and the teams play open.

“It’s a little bit different from what I am used to in Italy, but I think also I can help my team in order to be more compact, more solid and to control the game in the best way.”

Cristian Arango scored his team-leading eighth goal in LAFC’s win over Nashville. Jose Cifuentes scored the decisive goal in the 46th minute. Cifuentes is tied with Carlos Vela for second on the squad with six goals.

The duo arrive as Sporting KC continue to sputter and sit in last place in the Western Conference.

Sporting KC have been outscored 9-3 while going 1-3-1 over their past five matches. They gave up three second-half goals in Sunday’s 3-0 road loss to Real Salt Lake.