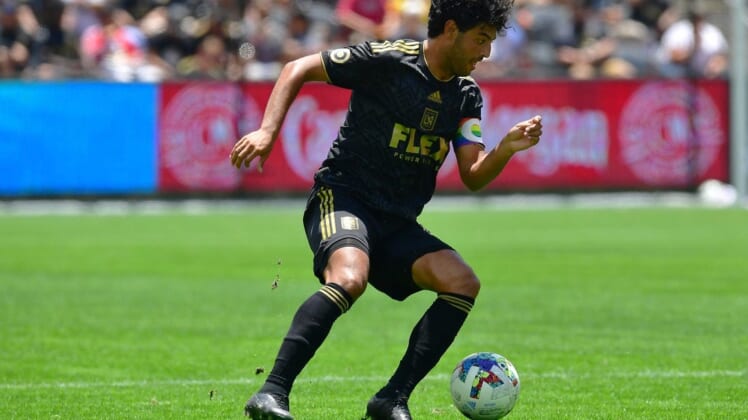 Los Angeles FC on Tuesday announced they have re-signed 2019 MLS MVP Carlos Vela through the 2023 season.

The move comes one day after the signing of Welsh superstar Gareth Bale.

Vela is the league record-holder for most goals scored in a season with 34 in 2019. He leads LAFC this season with six goals and three assists in 15 games.

“Carlos has been an integral piece of LAFC’s success on and off the field since the beginning,” LAFC general manager John Thorrington said in the release. “Carlos has proved that he is one of the top players this league has ever seen, and we are thrilled to have him continue to lead our Club as we attempt to win more trophies this season and beyond.”

Financial terms weren’t released. Vela is making $2.25 million in base salary this season as part of guaranteed compensation of $4.05 million.

“Los Angeles is a special place for me and my family. This is our home, and I am excited to continue my career here at LAFC,” Vela said. “My goal is to win the MLS Cup with LAFC, and I will work hard to achieve our goal, and I expect to continue to achieve great things for the Club, my family, our fans and the City of Los Angeles.”