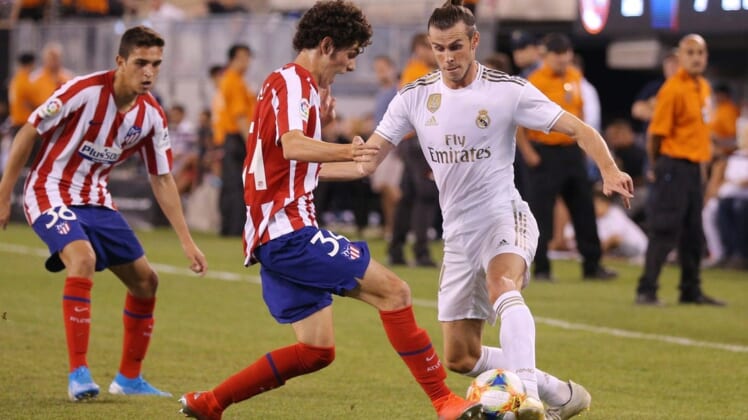 The decorated former Real Madrid forward signed a 12-month contract with options through 2024. Financial terms were not disclosed.

“I am extremely excited for this move to LAFC,” Bale said in a team news release. “This is the right place for me and my family and the right time in my career, and I cannot wait to get started working with the team and getting ready to win more trophies in Los Angeles.”

LAFC acquired the discovery priority for the 32-year-old free agent from Inter Miami CF in exchange for $75,000 in general allocation money.

“Gareth is one of the most dynamic and exciting attacking players of his generation,” LAFC general manager John Thorrington said. “Adding a player who brings the talent and experience at the highest levels that Gareth does is an incredible opportunity to continue to improve our Club. Gareth is highly motivated to continue to win trophies and we are elated that he has made the choice to join LAFC and help lead us in our ultimate goal of winning championships.”

Internationally, Bale has earned 106 caps and scored 39 goals for Wales, helping the team qualify for the World Cup later this year for the first time since 1958. Wales opens play in Qatar against the United States in Group B on Nov. 21.