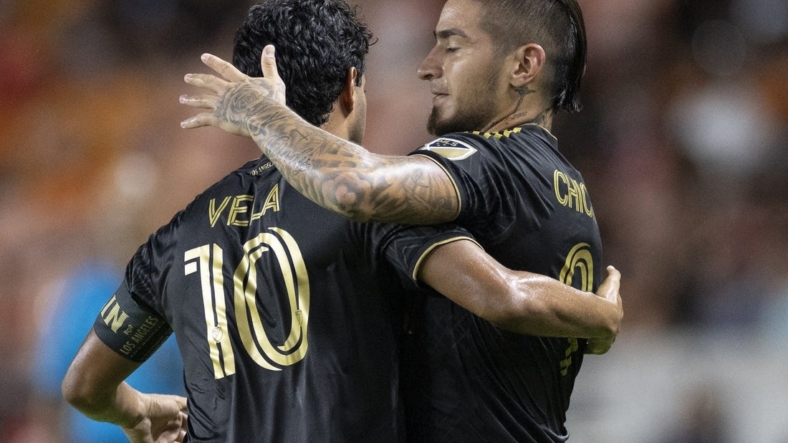 Los Angeles FC aim to break out of a stunning three-match losing streak when they host Real Salt Lake on Sunday night.

LAFC have dropped three straight matches by a cumulative 8-3 score after losing just four of their first 25 matches. The club won seven consecutive games directly before the sudden skid.

LAFC (18-7-3, 57 points) sits three points behind the Philadelphia Union in the battle for the Supporters’ Shield. But right now, just getting one victory would be welcome for the Western Conference leaders.

“We just have to stay together, train harder, improve, become stronger,” LAFC midfielder Ilie Sanchez told reporters. “Because we have six games left and we are still top of the table and in the position of winning the Supporters’ Shield.”

Los Angeles dropped a 2-1 road decision against the Houston Dynamo on Wednesday. Cristian Arango’s header in the 19th minute was LAFC’s lone tally.

Arango has scored a team-best 14 goals and he surely likes seeing Real Salt Lake as the opponent. The Colombian has scored two goals in each of his two career appearances against RSL.

Since last month’s loss to LAFC, Salt Lake has a four-match unbeaten streak (2-0-2).

Salt Lake posted a solid 3-0 home win over the Minnesota United on Wednesday. Sergio Cordova scored his fourth goal in five matches to increase his team-best total to eight.

“The confidence that I have earned has helped me play a lot better and return to what I do best,” Cordova said. “It really helps that I have the permission to play loose and to make mistakes without having severe consequences, so I continue to grow.”

LAFC has controlled the series with a 9-2-0 mark and has won the past five meetings. However, one of RSL’s victories was a 3-2 upset in the 2018 playoffs.