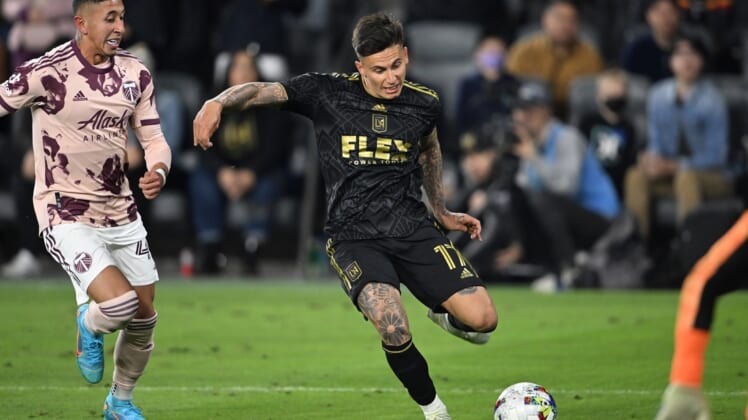 Los Angeles FC will look to continue their unbeaten start under new manager Steve Cherundolo when they visit an Inter Miami side looking for its first win of the season on Saturday.

The goal, set up by a cross from Brian Rodriguez, was the 19-year-old center back’s fifth in just 21 MLS appearances. It also came after 2019 MLS MVP Carlos Vela had to exit at halftime with an unspecified injury.

But Cherundolo doesn’t necessarily feel his club should have to rely on unlikely scoring sources. He expects Vela to return this Saturday, and believes LAFC (1-1-0, 4 points) can earn a better result with a stronger start to the match after watching Portland control the opening 45 minutes last weekend.

“For us, it’s going to be a matter of being alert and aware from the first minute on,” Cherundolo said. “And we feel that if we can do that and impose our style of play on our opponent, on Miami this weekend, then we like our chances.”

Inter Miami (0-1-1, 1 point) may have their own point to prove following an embarrassing 5-1 defeat at Austin FC on Sunday.

Leonardo Campana scored his first MLS goal in his second appearance after coming off the bench at halftime.

But by then, Inter Miami had already conceded three times.

“It’s a steep learning curve for this new team but we have every belief and confidence in them and we need to rectify some of the things we saw today in terms of mistakes that we made,” manager Phil Neville said after the loss. “So my challenge to all the team now is to recover quickly, because we have to, because we’re playing one of the best teams next week in LAFC and we’ve got to bounce back and respond and get the right result.”