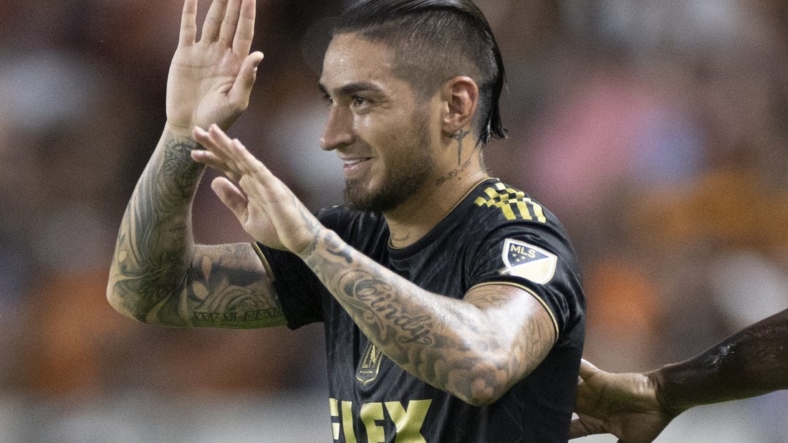 The postseason pecking order and momentum for the stretch run will be on the table when FC Dallas host Los Angeles FC on Saturday.

The win allowed LAFC to pull into a tie with Philadelphia in the race for the Supporters’ Shield. LAFC is nine points ahead of Austin FC for the Western Conference lead; both teams have five games remaining.

Cristian Arango and Ryan Hollingshead scored goals in the win. Arango has scored in three straight matches and leads LAFC with 15 goals this year.

“We’re happy to get three points again and that winning feeling back at LAFC,” LAFC coach Steve Cherundolo said. “We went on a little three-week soul-searching adventure, and we came out, I hope, long term better for it. I truly believe that.”

LAFC heads to Texas with the best defense in the conference, having surrendered 32 goals, one fewer goal than FCD’s 33. LAFC and Philadelphia are the only two teams to clinch spots in the postseason so far.

Dallas (12-8-10, 46 points) returns home on the strength of a 3-0 road win against Minnesota on Sept. 3. FCD is in third place in the West, five points behind Austin but just four points ahead of Portland, which enters the weekend as the conference’s seventh and final playoff team.

FCD’s three goals, which included one Minnesota own goal, came in a span of just 3:43 of the second half. Dallas has earned 10 of a possible 15 points from its past five matches.

“We knew coming here that it was gonna be huge three points and that we needed to look at like it wasn’t a soccer game — it was gonna be a war,” Ferreira said after the win in Minnesota. “I think the team went out there and performed the best that we could.”

Ferreira’s goal was his team-leading 16th of the season and left him just two goals shy of tying Dallas’ all-time single-season goal mark.

LAFC has enjoyed recent success against Dallas, winning the past three games in the series, including a 3-1 win at home on June 29. Dallas has managed a 1-1-1 all-time mark at home against LAFC.