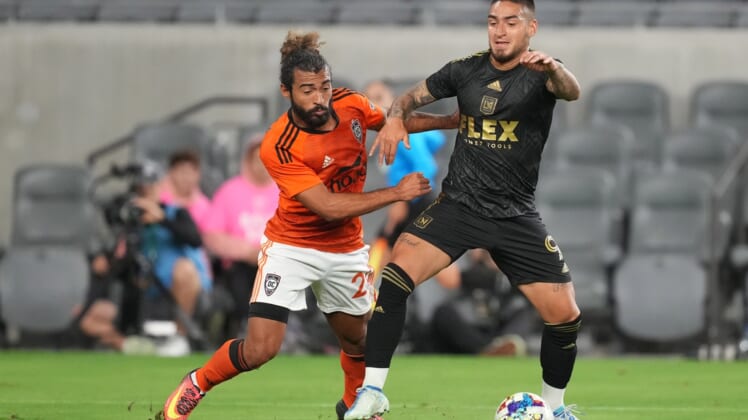 Following a successful bounce-back performance from their first defeat, Los Angeles FC look to avoid taking a step back against an FC Cincinnati squad that hasn’t won in more than a month.

LAFC will look to begin a winning streak on Sunday when they make their first trip to Cincinnati.

The club rebounded from a 2-1 loss to the rival Los Angeles Galaxy on April 9 with a 3-1 home win over Sporting Kansas City last weekend. Cristian Arango, Ismael Tajouri-Shradi and Jose Cifuentes each scored in the victory.

“We’re happy with the victory. It was the right response from (the Galaxy loss),” LAFC coach Steve Cherundolo said.

“It’s purely playing up to our potential, as a group, but also for each individual. Because we are maximizing our potential. And, if we are not, then I will make sure they know that.

“For us, I don’t understand why we would accept anything less than playing to our limits, or on the edge of our limitations.”

Star Carlos Vela has gone three straight MLS matches without recording any of his four goals this season. He had one with an assist in LAFC’s only meeting with Cincinnati, a 2-0 home victory from 2019.

FC Cincinnati (2-4-1, 7 points) are 0-2-1 following back-to-back wins over Orlando City SC from March 12 and 19, respectively. However, the club earned its most recent point through last weekend’s scoreless draw at Atlanta United FC.

“It’s little moments like this that have you believing, as a group, that things are going in the right direction,” FC Cincinnati coach Pat Noonan said.

That result ended Cincinnati’s run of 18 consecutive league matches without recording a clean sheet. Cincinnati’s 14 goals conceded this season are among the most in MLS.