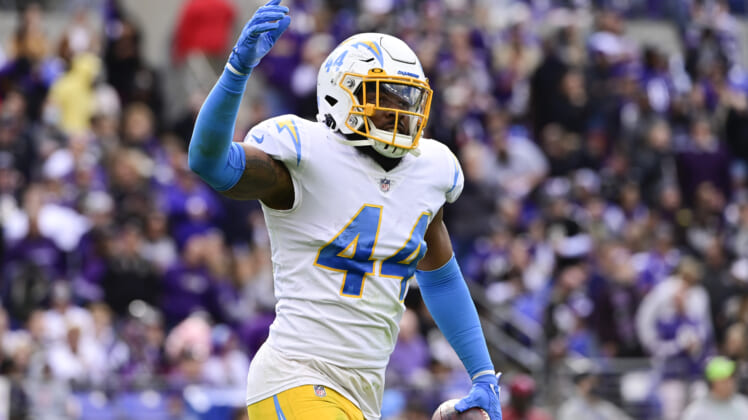 Former Los Angeles Chargers starting linebacker Kyzir White landed with the Philadelphia Eagles on a one-year deal worth up to $5 million.

For Philadelphia, this represents another solid addition to their defense during NFL free agency. It also represents tremendous value given the success the still-young 26-year-old White has had in his short NFL career.

During an NFL offseason that’s been filled with record contracts and blockbuster trades, underrated free-agent signings have not received a ton of attention. We’re here to change this, focusing on Kyzir White and the five-best value signings of the cycle.

One of the better return men in the game and a Pro Bowler this past season, Grant landed with the Browns on a cheap $10 million contract over three seasons.

More than Grant’s ability to return kicks, the former Texas Tech product could actually become a strong weapon for new Browns quarterback Deshaun Watson. Back in 2020 with the Miami Dolphins, he tallied 36 receptions for 373 yards while catching 67% of his targets.

The retirement of Alejandro Villanueva after one season with Baltimore changed the dynamics for this organization. The team needed to find a starting right tackle to team up with blindside protector Ronnie Stanley.

That’s exactly what general manager Eric DeCosta found in this veteran. A third-round pick of Washington back in 2014, Moses has started 16 games each of the past six seasons. This past season with the New York Jets, Moses yielded a mere four sacks in 1,022 offensive snaps. He’ll provide more protection in front of Lamar Jackson moving forward. 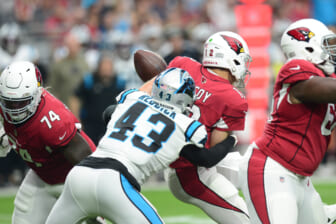 A fourth-round pick out of West Virginia back in 2018, White went from special teams standout in Los Angeles to starting all 17 games a season ago. He’s as athletic as they come and is seen as a sideline-to-sideline backer.

As you can see, White has proven himself to be valuable in pass defense. This is a huge need for an Eagles team that yielded 107 receptions for 1,035 yards and a 68% catch rate to tight ends a season ago.

One of the better slot corners of the past half-decade, Williams saw a downtick in production with the 49ers a season ago. In no way does this mean he won’t provide Denver with elite-level coverage skills in the slot.

The former undrafted free agent from Pittsburgh is one season removed from yielding an 81.9 passer rating when targeted. Given how much the AFC West has improved this offseason, it’s going to be needed.

Prior to suffering a torn ACL last season, Winston was looking very much like a starter-caliber quarterback for the Saints. He threw 14 touchdowns against just three interceptions in seven starts.

While New Orleans did its best to acquire the aforementioned Watson, the team quickly pivoted to re-signing Winston once Watson decided on the Cleveland Browns. Said deal included a mere $15.2 million guaranteed, meaning that it’s a one-year contract for all intents and purposes. Meanwhile, Winston’s $14 million average annual salary ranks 16th among NFL quarterbacks.