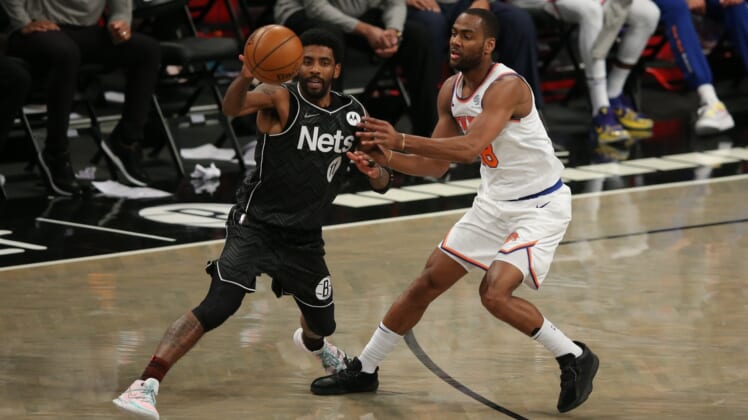 Kyrie Irving will not join the Brooklyn Nets on a three-game road trip this week to allow the guard “to tend to a family matter,” the team said Monday.

The Nets are scheduled to play Tuesday at Portland, Wednesday at Utah and Friday at Detroit. They return home Monday against the Minnesota Timberwolves.

Irving has played in 31 of Brooklyn’s 43 games. He’s averaging 28.1 points, 5.7 assists, 4.8 rebounds and 1.2 steals per game. Personal reasons and COVID-19 protocols sidelined him for some of the missed games.

In Sunday night’s 113-106 over the Washington Wizards, Irving led the Nets with 28 points and added seven rebounds and six assists.

The Nets are still about two weeks away from the return of former league MVP Kevin Durant, who hasn’t played since Feb. 13 because of a hamstring strain.