Kyrie Irving says he plans to sign extension with Nets 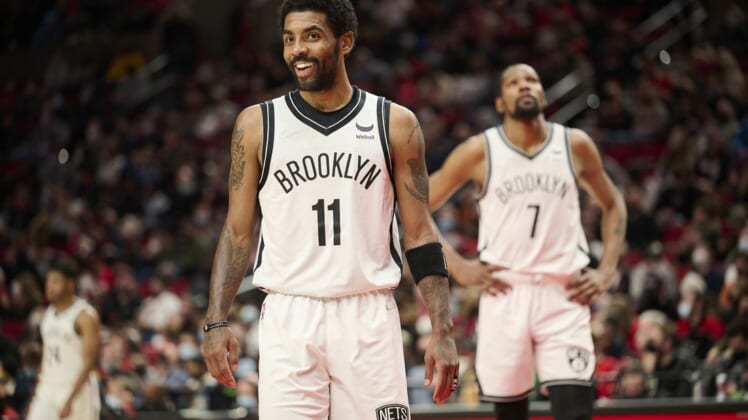 Star guard Kyrie Irving said Saturday he plans to sign a contract extension with the Brooklyn Nets this offseason.

The seven-time All-Star could become an unrestricted free agent this summer but said he wants to keep playing with teammate Kevin Durant.

Durant, 33, signed a four-year, $194 million extension in August that keeps him in Brooklyn through the 2025-26 campaign.

Irving has posted 28.5 points, 5.5 assists and 4.6 rebounds this season through 20 games, all on the road, heading into Saturday night’s game at Miami. He is expected to make his home debut Sunday against the Charlotte Hornets after New York City on Thursday eased restrictions for unvaccinated players.