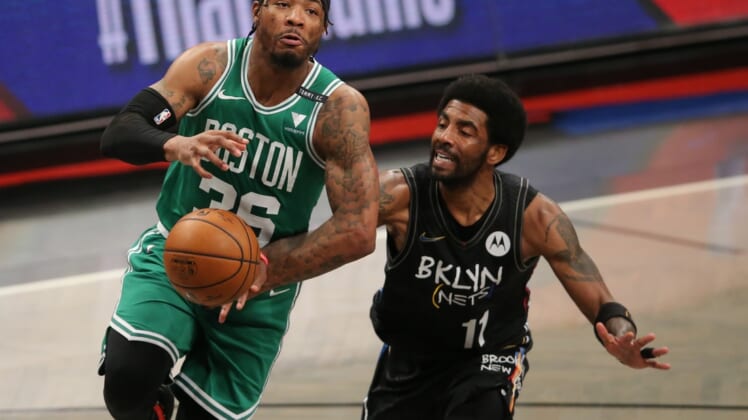 This is now officially getting out of hand. Following the Brooklyn Nets’ blowout 141-126 win over the Celtics in Boston on Sunday evening, Celtics guard Kyrie Irving was on the receiving end of more crap from fans at TD Garden.

Fresh off dropping 39 points against his former team, Irving was headed to the locker room with the rest of his teammates. That’s when an unnamed Boston Celtics fan decided to throw a water bottle in his direction.

Thankfully, the fan’s accuracy wasn’t there and the bottle missed Kyrie Irving. The better news? Said fan, wearing a Kevin Garnett jersey, was seen being taken away from TD Garden in handcuffs.

By now, it’s well known that Kyrie Irving has his issues with Celtics fans dating back to his two-year run with the organization. He also spoke to “subtle racism” that exists within Boston — something that was backed up by a current Celtics player.

As far as this being a league-wide issue around the NBA during the playoffs, it’s getting out of hand. Atlanta Hawks star guard Trae Young had a New York Knicks fan spit on him during Game 2 of their first-round playoff series at Madison Square Garden last week. 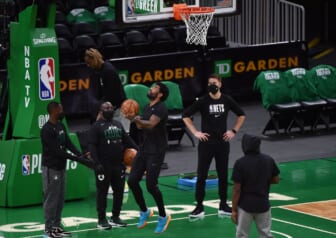 This latest Kyrie Irving situation adds a new layer to the issue. It’s unfortunate given that fans just returned to arenas after being absent for the most part over the past calendar year due to the COVID-19 pandemic.