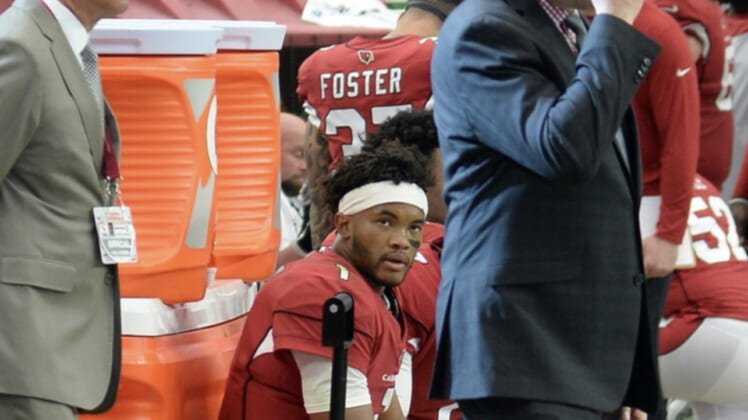 The learning curve is proving to be rather huge for rookie No. 1 overall pick Kyler Murray.

After a surprise tie in Week 1, Murray and his Arizona Cardinals have dropped two consecutive games. Sunday’s 38-20 loss to the Carolina Panthers was about as bad as it gets for the reigning Heisman winner.

Murray completed a whopping 30-of-43 passes with two touchdowns and two interceptions. Not horrible numbers. Unfortunately, he also put up 173 yards on those 43 attempts.

It’s the fewest yards an NFL quarterback has put up in league history with 30-plus completions in a given game.