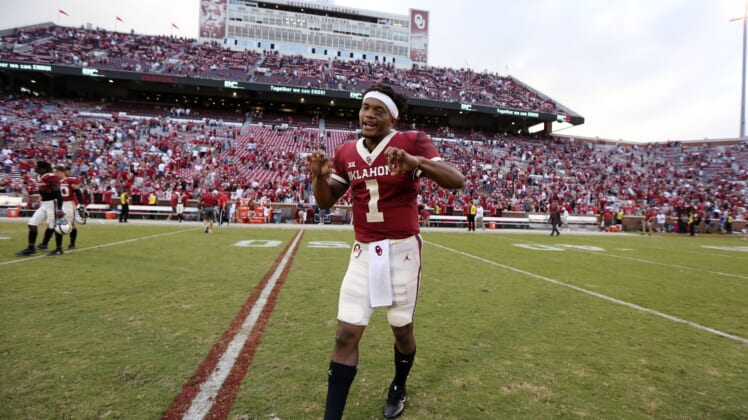 Oklahoma quarterbacks never waste a chance to troll the Texas Longhorns on the national stage. Baker Mayfield, now with the Browns, did it on Friday in a picture with Jim Ross. On Saturday during the Army-Navy halftime show, it was Kyler Murray’s turn.

Clearly, there’s no love lost between these two rival schools.

Of course, it doesn’t hurt matters that the Longhorns have won the past two times during the annual Red River Shootout, including this last year’s in a thrilling finish that made “Dicker the kicker” famous across the nation.

This year, however, Murray and the Sooners got the last laugh, along with a ticket to the College Football Playoff.