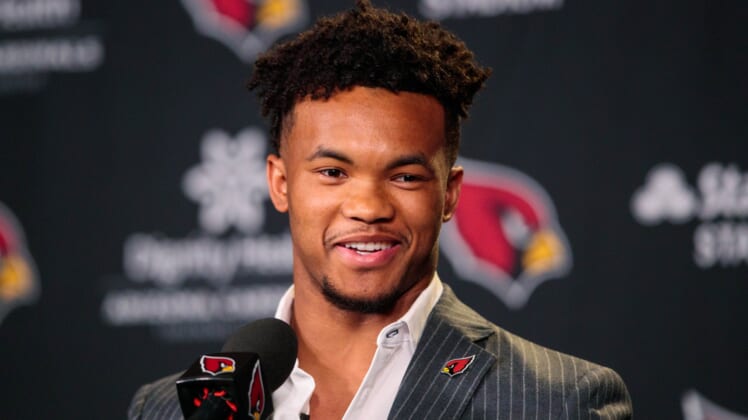 Arizona Cardinals rookie quarterback Kyler Murray has already won over many of his veteran teammates, even before training camp has arrived.

Speaking to TMZ Sports, Jones sayd Murray is “going to shock the world” during his rookie season. He made it clear that “size doesn’t matter,” referring to the success Russell Wilson has had with the Seattle Seahawks. Jones also said people are sleeping on Murray as a pure passer.

“People talk about his speed and how fast he is — it’s not about his speed,” Chandler adds … “He throws accurate balls. He’s going to shock the world! You’ll see.”

Everyone knows that Murray has blazing speed, and he proved it recently by beating teammate Andy Isabella (4.31 second 40) in a foot race.

Yet as Jones said, the arm is why people were so high on this young man coming out of college. Coaches and teammates have compared Murray’s arm strength to that of reigning MVP Patrick Mahomes. He was also one of the best pocket passers in college football last season with the Sooners.

If Murray can “shock the world” this year, then the Cardinals may be a heck of a lot better than anyone expects.