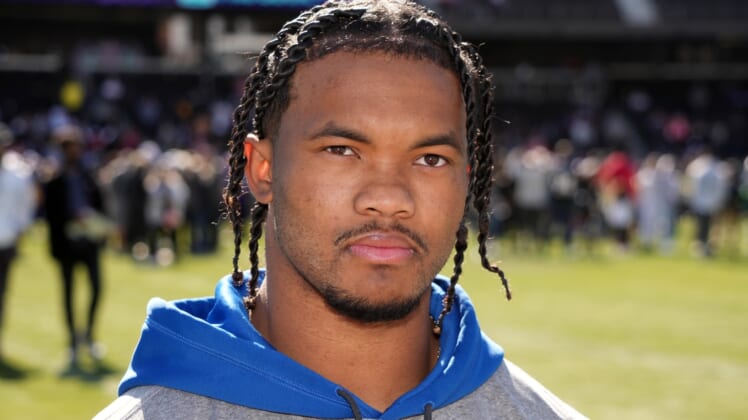 Arizona Cardinals quarterback Kyler Murray is fresh off his second Pro Bowl nod, which culminated in the star passer tossing three touchdowns in the NFC’s 41-35 loss to the AFC Sunday. But Murray is making even more headlines for his latest moves on social media.

The 24-year-old, already seventh in team history with 11,480 passing yards and 70 passing touchdowns after just three seasons, unfollowed the Cardinals on social media and removed all photos with logos of the team present from his Instagram account following the Pro Bowl.

Murray is entering the final year of a four-year contract he signed after being taken No. 1 overall by the Cardinals in the 2019 NFL Draft out of Oklahoma. But the Cardinals have the right to exercise a fifth-year option, which would lock Murray into a reduced salary in 2023.

According to Spotrac.com, the Cardinals are scheduled to pay Murray a base salary of $965,000 in 2022, but with roster and signing bonuses, the average salary of his rookie deal comes out closer to $9 million per year.

That’s still a far cry from the top salaries at the quarterback position in the NFL, with players such as Patrick Mahomes of the Kansas City Chiefs, the Buffalo Bills’ Josh Allen and the Dallas Cowboys’ Dak Prescott all averaging over $40 million in compensation per year.

Put in that context, Murray is a steal. The athletic quarterback accounted for 3,787 yards and 24 touchdowns through the air in 2021 in leading the Cardinals to a playoff appearance. He added 423 yards and five touchdowns on the ground.